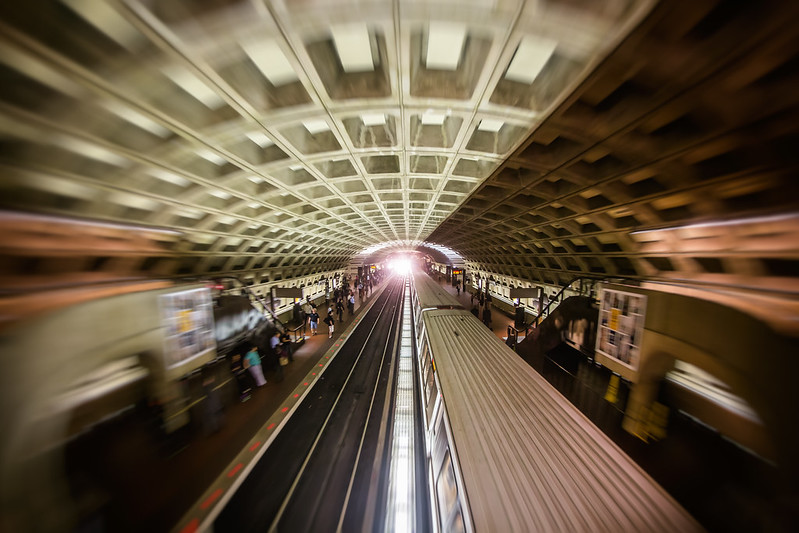 The Washington Metropolitan Area Transit Authority recently announced that Randy Clarke will become the agency’s next chief executive. Clarke is in an unenviable position as the beleaguered Washington-area transit agency faces as many (if not more) challenges than it had in 2015, when outgoing chief executive Paul Weidefeld took over.

Love it or hate it, WMATA’s bus and rail networks are much of the region’s transportation lifeline. The stakes are high, but there are steps Clarke can take to improve WMATA.

What the WMATA CEO can (and can’t) do

As WMATA’s most public figure, it’s easy to resent the CEO for the agency’s failings, but Metro’s labyrinthine structure often obscures how the job works.

Primarily, GM has limited control over agency funding levels, as a substantial portion of WMATA’s funding comes from DC, Maryland, Virginia, and the federal government. Additionally, these jurisdictions also appoint WMATA board members, who must approve things like The metro budget.

Other entities affecting WMATA’s operations include the Washington Metrorail Safety Commission (WMSC) – which ordered the removal of the 7000 series trains – the Amalgamated Transit Union Local 689 – the largest transit union in the area and various regional transit providers such as RideOn, ART, DASH, the bus, and the Fairfax Connector. Even the Metropolitan Washington Airport Authority, which financed and supervised the main construction of the Silver Line, has a say.

GM has an impact on WMATA though operation, maintenance, budget, and a litany of other important functions. This means that organizations such as the WMSC can impact service when they report a safety issue, but often it is WMATA’s lack of leadership and mismanagement of the organization that affects runners the most. – as was the case earlier this week when a lack of operator training led to delays on the green and yellow lines.

Managers of transport agencies are often guilty of ‘elite screening.’ This means that, too often, they make decisions that they see as most beneficial to people like them, rather than the ‘average’ cyclist. New CEO Randy Clarke has already taken an important, if not symbolic, step by promising to use WMATA himself (the same cannot always be said of WMATA board members and other local leaders) .

In more practical terms, this means that improvements such as add USB chargers to stations are nice, but they don’t have nearly the same impact as reducing the cost penalty for bus-to-train transfers for budget-conscious commuters.

Transit leaders, including the new GM, also need to have a better understanding of what subway ridership looks like. For many years, a large portion of WMATA users were 9-5 office commuters; but as the pandemic shifted people to remote work, those runners have largely disappeared.

This does not mean, however, that people have stopped using public transport. Many people, such as essential workers, continue to commute to work, often outside normal peak hours. Many of them do not have a car and carpooling is prohibitively expensive. Therefore, not using public transit for two years was not an option for them.

Evaluation of the WMATA traffic model

It’s too early to tell how many people will return to regular trips to the office, but pandemic ridership trends have once again raised a fundamental Metrorail design question: should it primarily serve daily commuters, or operate as a rapid transit system with frequent service like the New York City Subway or the Paris Metro? The system has long operated as a “hybrid model” between these two types, but if going to the office every day falls out of favor, a rail system favoring the commuter model may no longer make sense.

If so, a system with more consistent and frequent off-peak service could be the future, but it also creates challenges for the current design. All lines except the red line share tracks with one other line, which limits maximum frequency and reliability. Metro considered many projects to mitigate these issues, but as noted above, GM alone cannot implement them – especially as a fiscal cliff is already looming on the horizon.

For rail and bus, WMATA also needs to think about how it wants to encourage ridership. Lower fares, for example, are good for fairness, but shorter wait times help increase traffic.

All of these issues raise difficult questions with no clear answers.

Improve the image of WMATA

WMATA hasn’t always done the best job of promoting and could regain public trust if it did a better job of raising awareness. For example, a pre-pandemic study showed that Metrorail was often faster than Uber, but WMATA still managed to hemorrhage ridership through the late 2010s.

Moreover, the transit is incredibly safe compared to driving a private vehicle, but it’s hard to blame people who have avoided Metrorail in recent years given the agency’s spotty safety record. WMATA owes it to the public to improve reliability and safety, but it should also take a more hands-on approach to how people view transit. And – although it should go without saying – definitively do not give $21 credits to victims of derailed trains.

Of course, the best action to improve the image of Metro is to accompany it with actions. Problems such as the Rail Control Center toxic work environment festered for years, putting the public in danger. Despite an aggressive campaign to improve maintenance and reliability, Metrorail’s continued awkwardness over 7000 series car safety incidents has made progress in track work the new normal.

WMATA needs to recognize that its security issues are systemic, rather than just a few rotten apples, and this change must come from above. Metro needs to move beyond a place where it continually puts out fires (literally and figuratively), and effective leadership will be a major part of getting there.

Across the country, transit agencies are in uncharted territory after two years of COVID, and WMATA issues are lasting much longer than that. Hopefully General Manager Clarke can stabilize the ship and restore confidence and ridership in the area’s transit system.

Disclosure: GGWash Board Chair Tracy Hadden Loh is also a Metro board member. In accordance with our editorial policy, board members have no control over editorial decision-making.