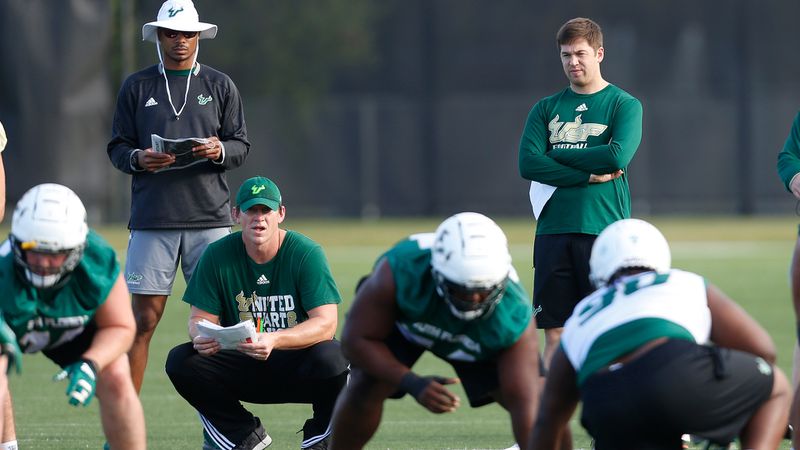 TAMPA – USF offensive coordinator Charlie Weis Jr. is leaving the program after two seasons for the same position on the Lane Kiffin staff at Ole Miss, according to various reports.

28-year-old Weis’ departure means coach Jeff Scott will have a new defense and offensive coordinators in what is shaping up to be a critical year for the third-year coach, 3-18 with an American Athletic Conference triumph in his first two seasons.

Veteran Bob Shoop was recently hired as defensive coordinator, replacing Glenn Spencer, who was fired with a game to play last season.

The son of the former Notre Dame head coach of the same name, Weis began cutting his teeth through puberty, writing scout reports for coaches at his South Bend high school. He eventually spent two years as an offensive analyst for Ole coach Miss Lane Kiffin when the latter was the Crimson Tide offensive coordinator, then spent two seasons as Kiffin’s offensive coordinator at Florida Atlantic.

His two seasons at USF, however, have been marred by the quarterback’s instability (five starters in 21 games) and – at least the first year – the shortage of a power running game. The Bulls were 102nd nationally last season in total offense (351.2 yards per game) and 124th of 130 Division IA teams in passing efficiency (107.56).