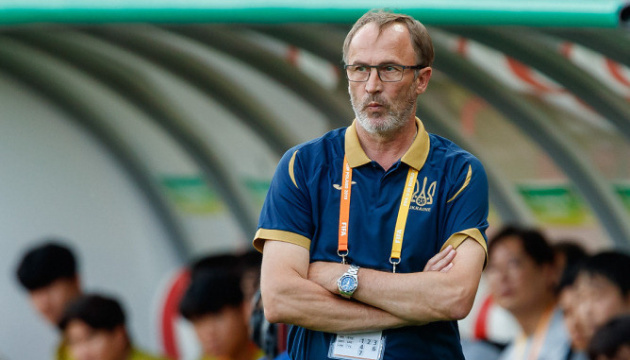 Oleksandr Petrakov, the manager of the Ukrainian national football team, has been fined by UEFA after declaring his intention to take up arms and defend his country.

Petrakov promised in April that if Russian forces reached the Ukrainian capital, he would fight alongside his fellow citizens.

“I thought if they came to Kyiv I would take a gun and defend my city,” he told the British newspaper. The Guardian. “I’m 64 years old but I thought it was normal to do that. I think I could eliminate two or three enemies.

The Russian Football Union (FUR) was made aware of the quotes after they were published by numerous newspapers across the continent. In a letter to UEFA’s Control, Ethics and Disciplinary Body, FUR Deputy General Secretary Denis Rogachev claimed that Petrakov’s remarks violated UEFA regulations and asked for his suspension.

Rogachev claims that Petrakov failed to maintain political neutrality and was prejudiced against Russians. Petrakov acknowledged in his interview that he spoke to a representative of the Ukrainian government about his adherence to Territorial Defence.

The 65-year-old was told that due to his lack of military experience and advanced age, he was not qualified to serve in the military.

FUR say Petrakov’s remarks go against FIFA and UEFA rules, which prohibit “any form of discrimination against a country” and seek to advance football “in a spirit of peace”.

A representative of the Ukrainian Football Association replied firmly: “When his country was attacked by inhuman invaders, [Petrakov] was ready to defend his land, his wives and his children. He was not accepted into the army due to his lack of military experience, but his approach shows his devotion to the country and his patriotism. What kind of discrimination can we talk about in relation to a nation that deliberately commits genocide against another nation? »

The report points out that Rogachev’s letter to UEFA makes no mention of the invasion of Ukraine, which claimed the lives of thousands of servicemen and civilians, but instead accuses Petrakov of issuing an “appeal to violence”.

In the letter, Rogachev said: “The statements of the head coach of the representative Ukrainian football team, Oleksandr Petrakov, are made in the context of the political conflict between the two countries – Russia and Ukraine – and represent a political message that manifestly violates the fundamental principle of political neutrality.

“Furthermore, the behavior of the head coach can be seen as an implication on [sic] the promotion of public hatred nationwide and the use of football to assert political views.

Reacting to UEFA’s decision to impose a fine, Petrakov wrote on Facebook:

“There was a warning and a small fine that the UAF has the honor to pay. It is therefore in vain that the Russians now try – on the eve of an important match of the Ukrainian national team – to distract us from the preparation for the match. Everyone is as focused as possible on this and gearing up to support our boys.