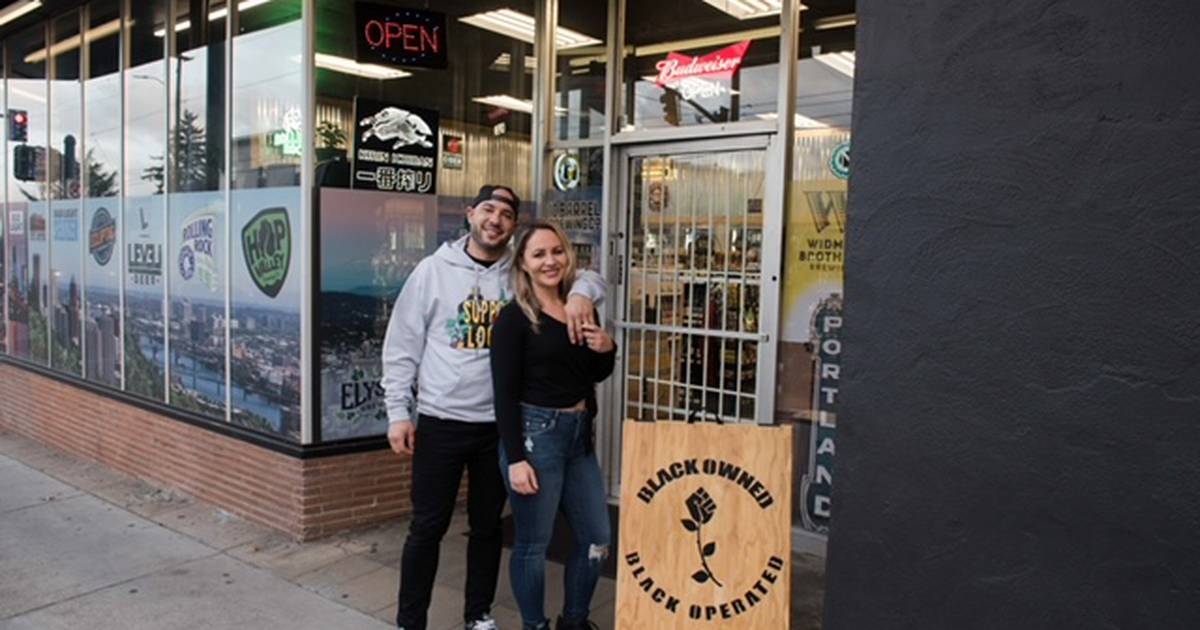 In 2020, Keith Johns started making sidewalk signs for black-owned businesses like Rose City Vapors and Oasis Auto Lounge. “People were trying to support black businesses,” says Johns WW. “There’s nothing better than a sign on your face at that moment.”

Using a logo dreamed up by his niece – an image of a raised fist atop a thorny rose stem – Johns called his project Black Rose.

Today, one of those pictured A-frames stands outside his own business: Black Rose Market, a convenience store on the southeast corner of Northeast Dekum Street and Martin Luther King Jr Boulevard. .. It is, says Johns, “an experiment”.

“It smells good, it’s clean, there’s good music, people are having fun, and the product selection is great,” says Johns.

Indeed, Johns and his wife, Kirin, have designed a decidedly fresh convenience store. Corrugated iron covers the walls. Neon signs and Seahawks memorabilia hang over fridges – Johns, from Washington, is a die-hard fan.

It’s shiny, yes, but not the shine of a pale-walled convenience store chain. On the dark wooden floor and the black painted ceiling, snack bags gleam.

The most bragging-worthy element of this community-minded convenience store is the chilled wall of unique mix-and-match brew cans that Johns scrutinizes.

Store employees are ready to make recommendations, but Black Rose also employs shelf displays with handwritten information about a product, similar to the notes you see on stacks at Powell’s.

The notes might say a hard kombucha donates money to help with fire rescue (Flying Embers), a black-owned tea brewed in the Pacific Northwest (Joyroot), that a canned wine is “made by chicks” (Bev), or that a six-pack is “John’s favorite”, an honor given to only one beer in the store: the “PNW” lager of Premium Northwest. Brewed in Johns’ hometown of Tukwila, Washington by a two-man crew, this is a beer that Johns stakes its reputation as “better and cheaper than Rainier.”

“But then, of course, you have White Claw,” Johns jokes.

Juxtaposition is the beauty of Black Rose. Convenience store classics like Swiss Miss, Tostitos and Tylenol sit alongside candle picnic supplies like smoked oysters, individual sake glasses and Veuve Clicquot. Eighteen packs of maids sit side by side with sparkling hard citrus flavors from Ruzzo or Dessert Sours from Claim 52.

But for Keith and Kirin Johns, the little store is more than its wares. As the market nears its first anniversary, it continues to take root in the community. Johns even hired some of his lifelong friends to work at the store. Julian Collins met Johns on a basketball court in 2000, and they’ve been thick ever since. You’ll find Collins DJ in the evenings, lately Kenny G’s “Silhouette” and anything Wu-Tang Clan.

Tanara Young, Kirin’s college friend, works weekends. She also sells some of her Madame Marie bath and body products in the boutique, as well as other black-owned products from friends, family and local artisans. The whole team organizes tastings on Fridays to make the shop a meeting place. When neighborhood kids arrive with a good report card, they earn a free snack.

As the Johns plan to expand the Black Rose brand (Black Rose merchandise and a separate liquor store are on the way), promoting inclusive and welcoming spaces will be central to their work.

“You’re not just going to walk in and look for what you need. Especially if I’m there and you like beer, I’ll talk to you,” Johns says.

“We talk to everyone,” adds Kirin. “They come in and tell us stories; they share things about their life. We had deceased clients; we’ve had clients’ wives who died. They arrive and they shed a tear with us. And we have only been open since November.

Black Rose Market will be hosting a one-year anniversary party on Saturday, November 13 at Tough Luck from 8 p.m. to 1 a.m., with raffle prizes and drink tickets donated by Big Nose Kate Whiskey. Interested persons should check on black rose instagram account for updates.