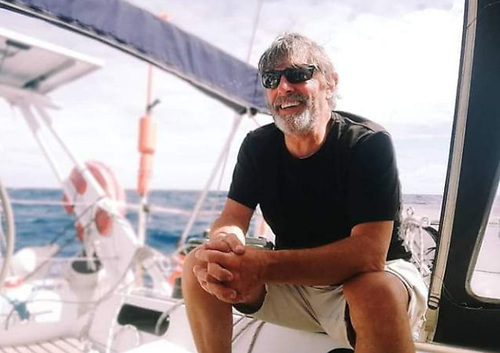 Curry took office this month and says he looks forward to helping people with disabilities get out on the water and participate in sailing and water activities.

Later converted to sailing in his thirties, Curry is a member of the Lough Swilly Yacht Club in Donegal. Also an avid cruiser, he circumnavigated Ireland on Kind of Blue, Garry Crothers’ UFO, as part of an Ireland-wide seaworthiness awareness effort.

Curry has participated in many challenges over the years, some of which he says have been “life changing.” He was asked to help when Bob Harper (former Seaworthiness Co-ordinator) brought a group of Belfast Lough Sailability volunteers to Derry for the first ever Seaworthiness event on the River Foyle.

Commenting on his new position, Curry said: “As someone who has been involved in airworthiness for several years now, I like to help out when I can and strongly believe in giving people with disabilities the opportunity to get involved. ‘water. .

“I understand that for many of our sailors just being on the water is stimulation enough, but there are also others who have the skills, drive and ability to become very strong sailors too. competent and competitive.

“I am delighted to have been appointed Airworthiness Coordinator and proud to continue supporting RYA Northern Ireland as I believe they are one of the most respected organizations locally and globally.

“I look forward to helping give more people with disabilities – young and old – the opportunity to enjoy our great sport.”

Congratulating Curry on his new role, outgoing RYA Northern Ireland COO Richard Honeyford said: “Ken has been an excellent advocate and ambassador for seaworthiness in Northern Ireland for many years.

“His enthusiasm for our sport is infectious and I look forward to seeing him continue his journey to make our sport even more accessible to people of all abilities across Northern Ireland.”