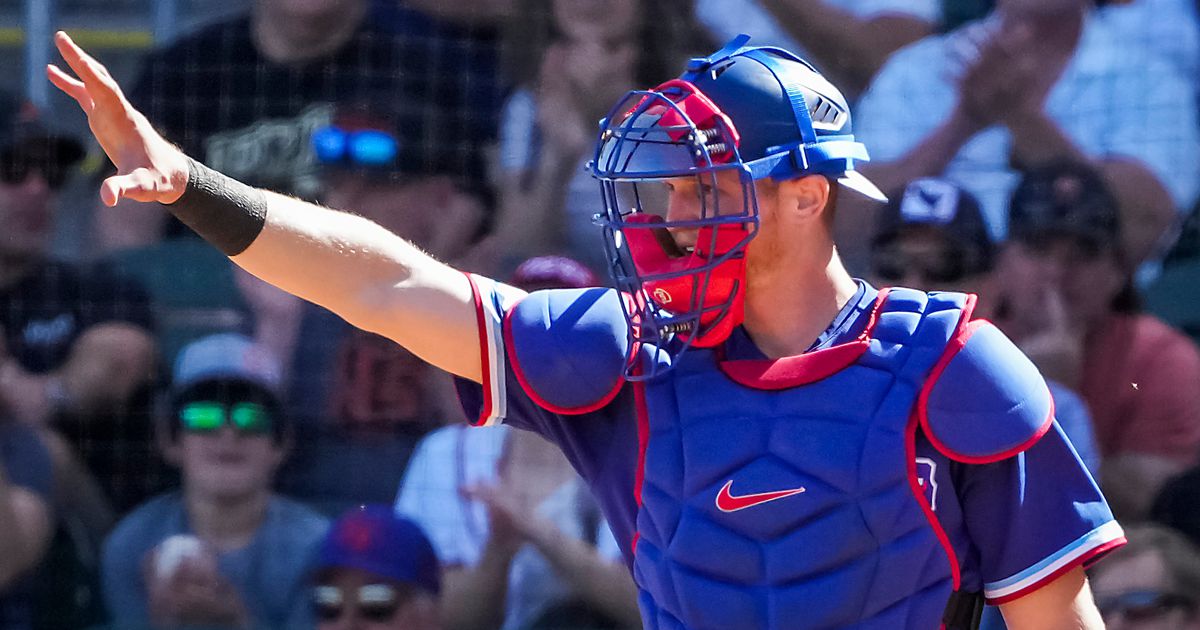 HOUSTON — The Rangers recalled 24-year-old receiver Sam Huff from Round Rock on Monday, in part, for close defensive mentorship from Bobby Wilson, the team’s catch coordinator and a veteran of 17 pro seasons. Wide receiver Meibrys Viloria was opted for Round Rock to clear a spot for Huff.

“We thought it was good to have (Huff) here around Bobby,” interim manager Tony Beasley said. “Let Bobby help him call the game and guide him a bit from the dugout. It’s just a part of him growing and developing. This is the educational process, and it was a good opportunity to take advantage of it.

It’s funny how these things work sometimes. Huff is entering his fourth stint with the Rangers this season, and on his last trip to Round Rock, one of his new teammates recently signed wide receiver Wilson Ramos, a 35-year veteran of 12 major league seasons.

Huff said the time spent with Ramos was invaluable on many levels and that Ramos had become something of a sounding board to help the youngster’s development.

“It’s kind of crazy to meet him and talk to him,” Huff said. “He’s a good guy. Everyone’s a little scared of him. He’s not what people describe as – this big bad guy who’s actually really cool. We used to talk a lot, and he was giving me his notes We chatted between runs, exchanging ideas.

Beasley said Huff would likely catch one game per series. His major league career consists of just 115 plate appearances, including a .260 batting average in 82 this season. Huff had three hits and a home run in his last game against Round Rock on Saturday.

“Going up and down is tough,” Huff said. “I think it’s having a good attitude and understanding that there’s more to it than now. There’s more to the future and don’t let anything go through your mind. Just play baseball. I’m thinking of going there down and doing it physically and mentally and kind of understanding what I have to do playing every day.