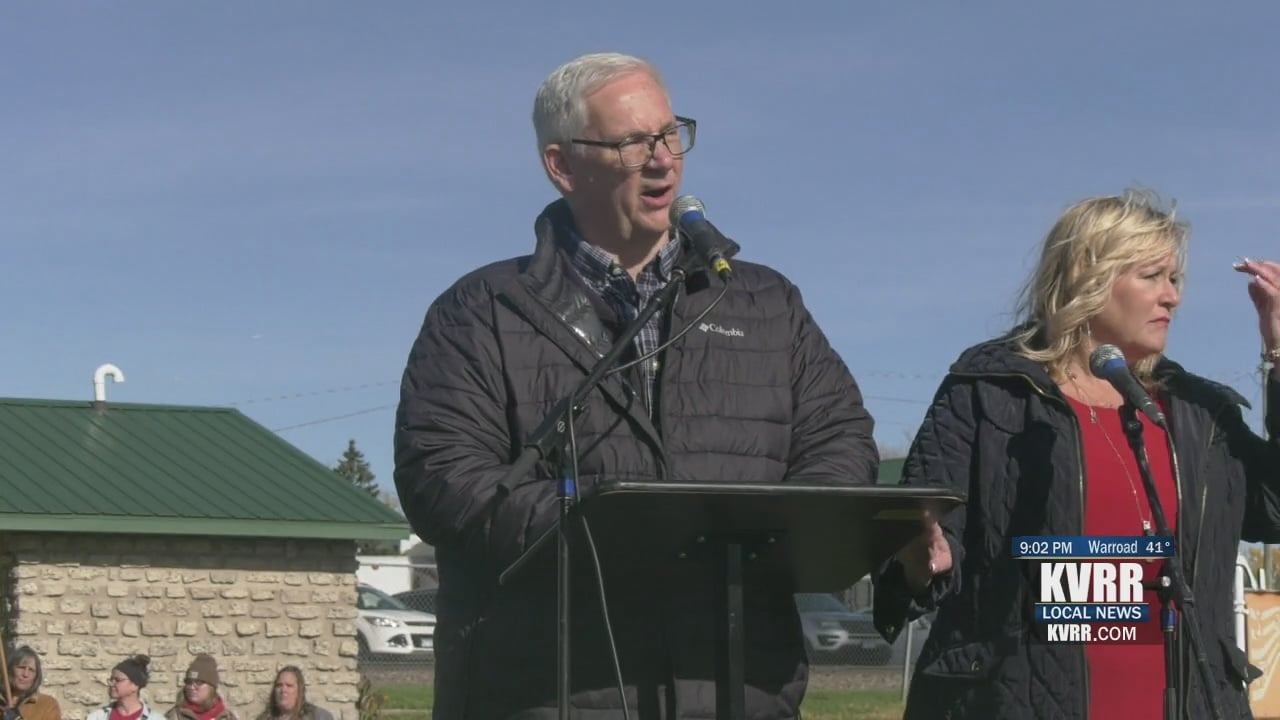 People rally to support local surgeon after his dismissal

Dr. Jeff Horak has served the community of Fergus Falls for 15 years

FERGUS FALLS, Minn. (KVRR) – “He obviously had and still has the community backing him,” said one speaker.

Dozens of people showed up here at NP Park in Fergus Falls today to support Dr. Jeffrey Horak. Horak was a surgeon in this community for 15 years before he was fired due to some comments at a school board meeting.

“You know this is America and I don’t think people should be punished for losing their jobs for exercising their right to free speech,” said Dawn Mayo, a resident of Fargo.

“We’re so proud of him for getting up and losing his job tells you something about the man,” said family friend Rick Bolinsee.

Supporters showed up in front of Lake Region Healthcare with placards in support of Dr Horak and chanted things like “Fight for freedom!”

Many community members shared stories of the doctor’s personal impact on them.

A nurse who worked with him told me, I quote: “He’s always been nice to me, it’s very easy to work with him. He especially listens to what his nurses ask him and he is not afraid to educate.

Dr Horak addressed the crowd to dispel any confusion.

Dr Horak believed that parents should choose to send their children to school with a mask.

“Nine days later I was asked to resign or be fired, I chose to be fired,” Horak said.

Before leaving the stage, he expressed his gratitude for the outpouring of support.

“You say I’m with Dr Horak, really I’m with you,” Horak said.