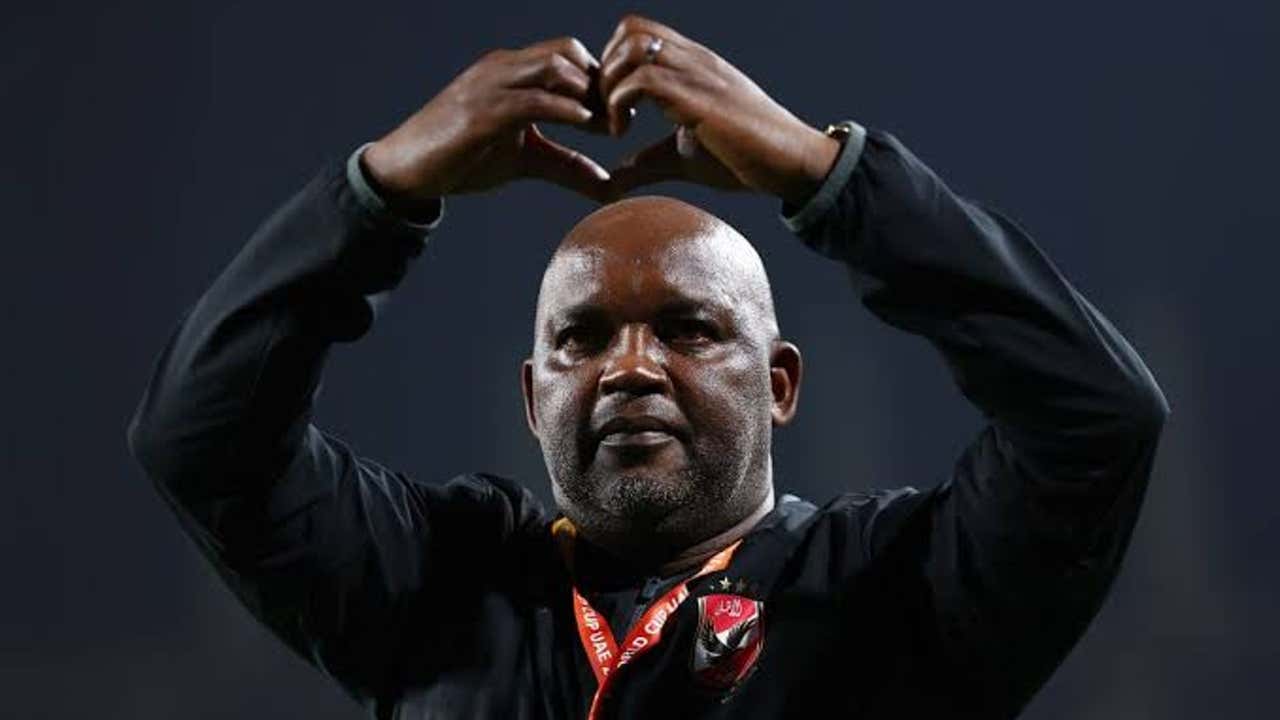 Since he failed to retain the CAF Champions League, rumors that the coach will be sacked have multiplied

After much speculation over Pitso Mosimane’s future, Al Ahly executive director Said Shalaby has all but confirmed that the South African will remain as head coach.

Shalaby’s comments come after the club’s board held a meeting on Saturday following their Champions League loss to Wydad Casablanca in the May 30 final.

“No decision has been made on this, which means Mosimane will stay,” Shalaby said, as quoted by KingFut.

The Red Devils manager has also dismissed rumors of a dispute between former Mamelodi Sundowns head coach and the club.

“If there was, we would have said so,” he continued.

“But we are used in general to our problems being solved inside closed rooms and not in public, so there are no disputes.

“The board sees no problem with the team’s performance under Mosimane.”

Shalaby’s revelation follows a message from Mahmoud El-Khatib – the chairman of Al Ahly – to fans to continue supporting the team under the South African.

“My message to Al Ahly fans, we appreciate your feelings after losing the final, but we are in the right direction,” El-Khatib said.

“We have reached the final five times in the last six years. We have to support our team and their coaching staff. We have to learn from what happened. Some people are not happy with the success of our club.

“We need your support because many challenges await us.”

The comments from the chairman and executive director should be a vote of confidence to lift the spirits of Mosimane, who faces constant criticism, especially from club legends.

After failing to retain the Champions League title, Mosimane is expected to focus on the Egyptian Premier League, where he is third on the table.

The Red Devils have played 16 games and have 37 points, while leaders Zamalek have 44 points after 20 games.

Zamalek and Al Ahly will meet on June 19 in what will be a crucial meeting in the Premier League race.