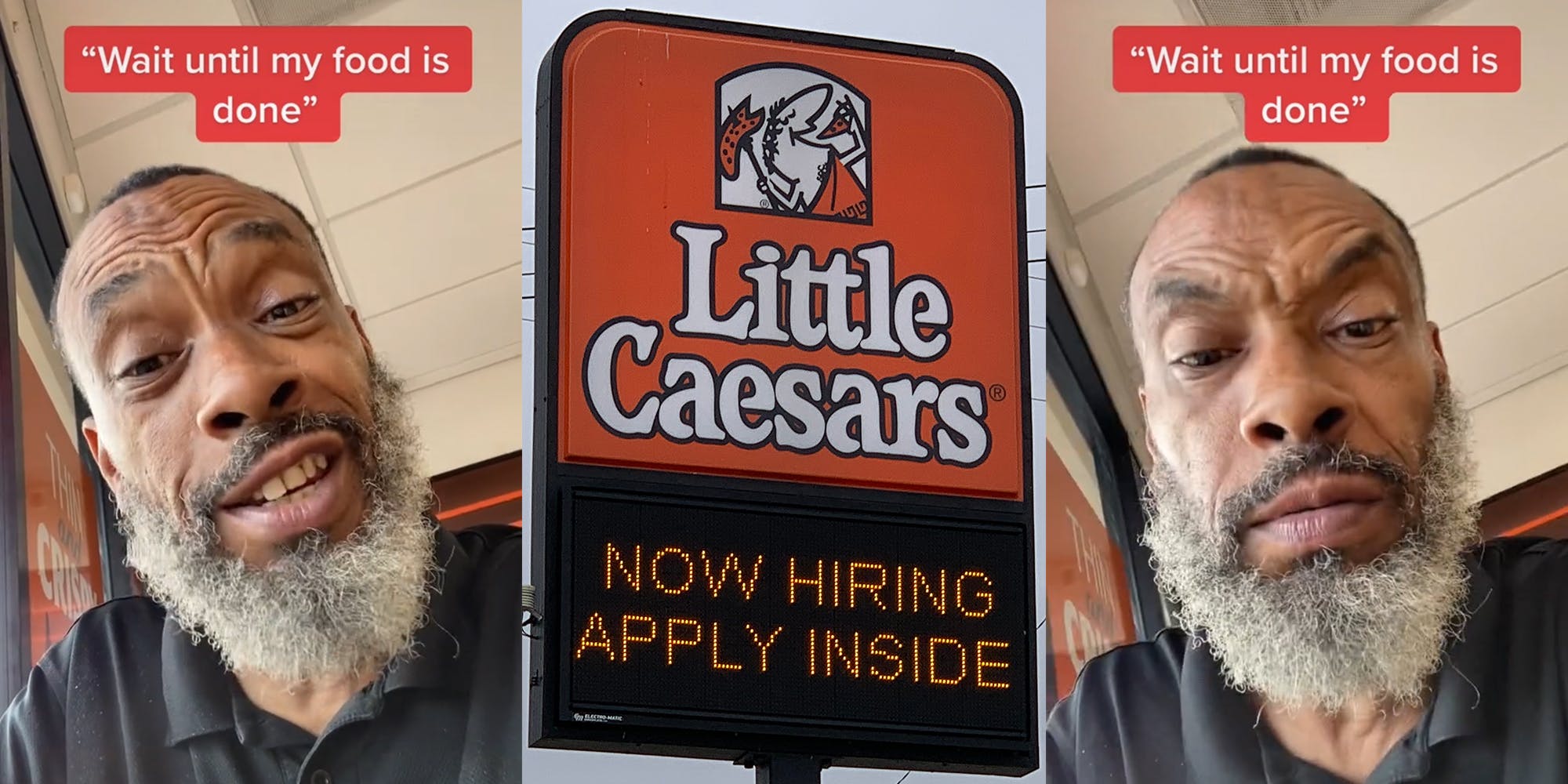 A Little Caesers official is one of the most recent TikTokers to issue a public service announcement to customers on the platform.

In August, a Walmart employee urged customers not to interrupt workers trying to fulfill online orders. Another Walmart employee, who works in the store’s automotive department, asked customers not to knock on the door that separates the garage from the rest of the store. More recently, a Starbucks employee let customers know that stores usually only have one oven and a limited supply of sandwiches, asking them to be patient with the baristas.

Now TikToker Timothy (@popscornerpdx), who says he’s a manager at Little Caesars, has a “warning” for customers who frequent the store he works at. Timothy describes himself as a “no-nonsense” and “no bullshit” manager. “Let me give you a warning. … Don’t come to my store, you know your adult ass can’t get in here without a fuckin’ shirt,” he says.

He then tells the story of a customer who entered the store without a shirt. Timothy says he tried to kick the shirtless customer out and the customer, in turn, asked to speak with Timothy “outside” once his food was ready. Timothy says the customer was worried that Timothy was “doing something” to his food.

The video amassed more than 215,000 views on Tuesday, with many applauding Timothy’s no-nonsense attitude but noticing how fed up he was.

“Yes sir, done with bs client is NOT always correct,” one user wrote.

Although there is no state or federal law regarding “no shirt, no shoes, no service” policies, companies can still enforce them. According to Dolan Law Firm, businesses implemented such policies by hanging signs on their front doors in the 1970s.

“It was a corporate response to keep long-haired hippies out of their stores and restaurants,” a blog post from law firm Dolan. Explain. “Many felt that companies were trampling on their civil rights by telling them what they could or could not wear. But companies have the right to set their own service rules. The right to refuse service is now an accepted standard, as is the phrase.

Melody Heald is a cultural writer. Her work can be found in Glitter Magazine, BUST Magazine, and more.