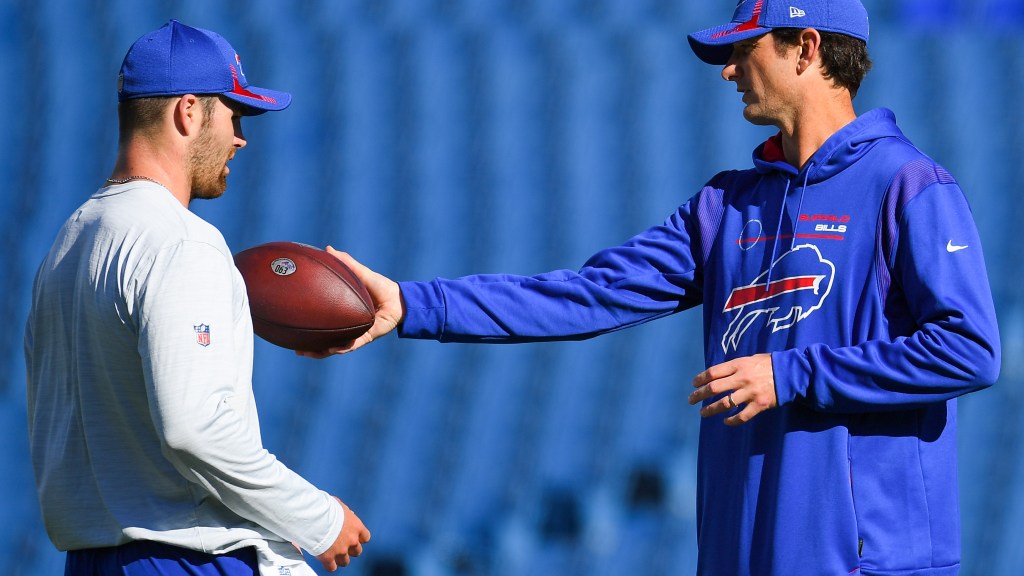 Josh Allen will help adapt to the role of offensive coordinator

The Buffalo Bills have a new offensive coordinator in Ken Dorsey…but not entirely new.

Now as OC he replaces the late Brian Daboll.

But Dorsey believes the transition to offensive coordinator has been and will be smooth due to his previous relationships. Namely with Allen.

Starting week two of the Bills OTA (organized team activities) this week, Dorsey said via video conference that Allen has been a useful tool in managing the entire offense.

“I want to get a good sense of him on how he reacts to things, the things he likes, the things he doesn’t like, and I think that’s all really important,” Dorsey said. “I think we’re both extremely competitive and we both have a similar philosophy in that we’ll both want to do whatever it takes to help our team win.”

The coach admits there will be times when the two may not be on the same page. Yet that is the nature of a coach-player relationship.

On Allen’s side, Dorsey has also already gotten the stamp of approval. Not that he didn’t even before he was promoted, but now Allen says the similarities between his new and old coach have added to that.

“Everyone has their own style, their own flair, in terms of what they want to show, what they want the defense to think they’re trying to call,” Allen said. “The only thing we share is an extremely competitive nature. They get excited in practice and they start yelping a little with the defensive guys, and they want to call their best thing.

Perhaps more importantly, other positional players are giving their first push. Receiver Stefon Diggs was among those.

A good start to the spring for Buffalo’s offense under Dorsey.