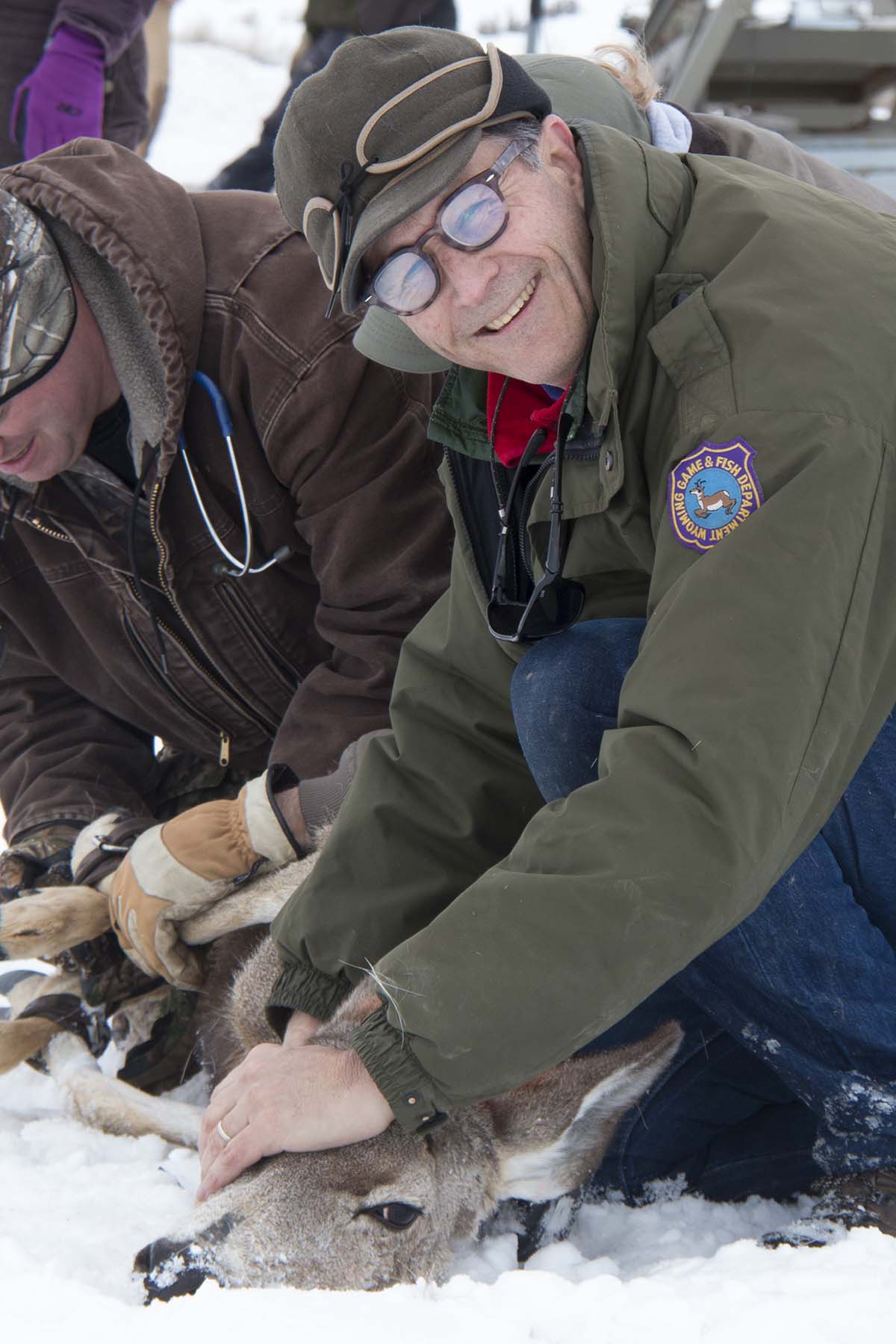 JACKSON, Wyo.– Jackson’s wildlife management coordinator Doug McWhirter is retiring after a 35-year career with the State of Wyoming and the Wyoming Game and Fish Department.

McWhirter is recognized as Wyoming’s leading bighorn sheep expert and one of the most knowledgeable and respected in the Rocky Mountain states.

On the heels of his retirement announcement, he received the prestigious Director’s Award from Wyoming Game and Fish Director Brian Nesvik.

“Doug has been an outstanding leader and mentor to many people over his career,” said Director Nesvik. “Doug has successfully navigated some of the state’s most contentious wildlife issues with his exceptional professionalism and credibility. I have worked with Doug in many capacities over the years and Doug has always been one of my mentors.

Throughout his nearly four-decade career, Doug has played a vital role in many important wildlife management issues in Wyoming, ranging from problems with the mixing of bighorn sheep and domestic sheep to elk- wolf in the ecosystem of Greater Yellowstone, to the development of energy during the winter of the mule deer. ranges, managing issues associated with elk foraging areas.

McWhirter has served as co-chair of the Department’s bighorn sheep task force since its inception in 1997. He has helped coordinate statewide research projects involving surveillance of pneumonia in bighorn sheep. America.

Additionally, McWhirter has served as co-chair of the Statewide Bighorn/Domestic Sheep Interaction Task Force since 2010. Under his leadership, this diverse group has successfully resolved many challenging issues involving both domestic and wild sheep in Wyoming.

McWhirter started with Game and Fish as a wildlife biologist in Cheyenne after earning a bachelor of science degree from Wichita State University and a master’s degree from the University of Wyoming researching bighorn sheep in the Cody area.

McWhirter has received numerous awards throughout his illustrious career. Within Game and Fish, in addition to the recent Director’s Award, Doug received the Outstanding Leadership Award, the Wildlife Division Employee of the Year Award and the Peer Recognition Award in the Cody and Pinedale areas. Additionally, he was honored as Wildlife Professional of the Year by the Wyoming Chapter of the Wildlife Society, Wildlife Conservationist of the Year by the Wyoming Wildlife Federation, Wildlife Manager of the year of the Wyoming Game Wardens Association and was inducted into the Wild Sheep Foundation’s Wall of Fame for Wild Sheep Biologists.

McWhirter was also co-author of the recently published book “The Ungulates of the Greater Yellowstone Mountains, A Contrast in Histories and Management Challenges” about bighorn sheep and mountain goats.

“I’ve always considered being responsible for managing Wyoming’s wildlife an incredible privilege and I’ve never taken it lightly,” McWhirter said. “And the support I’ve had at all levels of Game and Fish has been extremely meaningful to me and has made my career an enchanting one.”