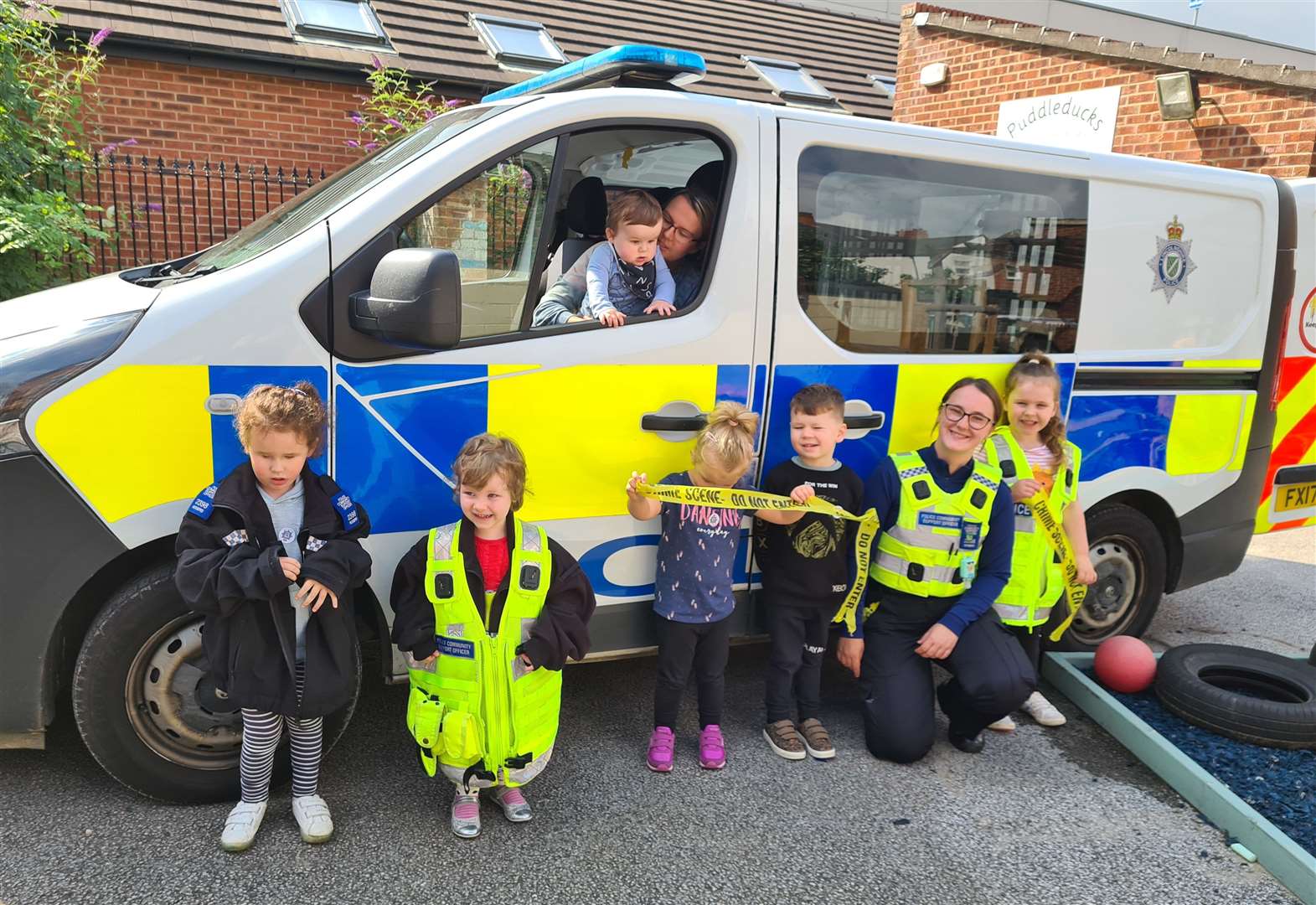 The children of the nursery were visited by a CPSO and received a practical workshop with equipment, uniform and vehicles.

Usually, the PCSO Rogers would visit Puddleducks throughout the year, helping out with the themes of the week, such as “People Helping Us” and “Road Safety”.

However, due to Covid-19 restrictions, it had been months since the last visit and, according to Puddleducks MD, Vanessa Neale, the kids were “really excited to see PCSO Rogers again.”

Vanessa continued, “PCSO Rogers came to do a tutorial and workshop for the kids during the mid-summer session. All the kids loved being able to have a hands-on workshop with the equipment, uniform and vehicles.

“PCSO Rogers demonstrated the equipment they use in their daily work and also let the kids try it out.”

The children were then asked if they would like to try to become PCSO and they were allowed to try on the uniform, before playing a role which they thought the police had done.

After that, the children got out to the police van which was parked in the garden. They were able to watch the lights and hear the sirens, as well as sit in the van.

Vanessa added, “The kids really loved it and they asked PCSO Rogers lots of questions, which she answered really well and helped them learn the information.

“We now have other tours booked and look forward to seeing her in the near future, we have September spots available for all age children, funded and private if they want to join us.”