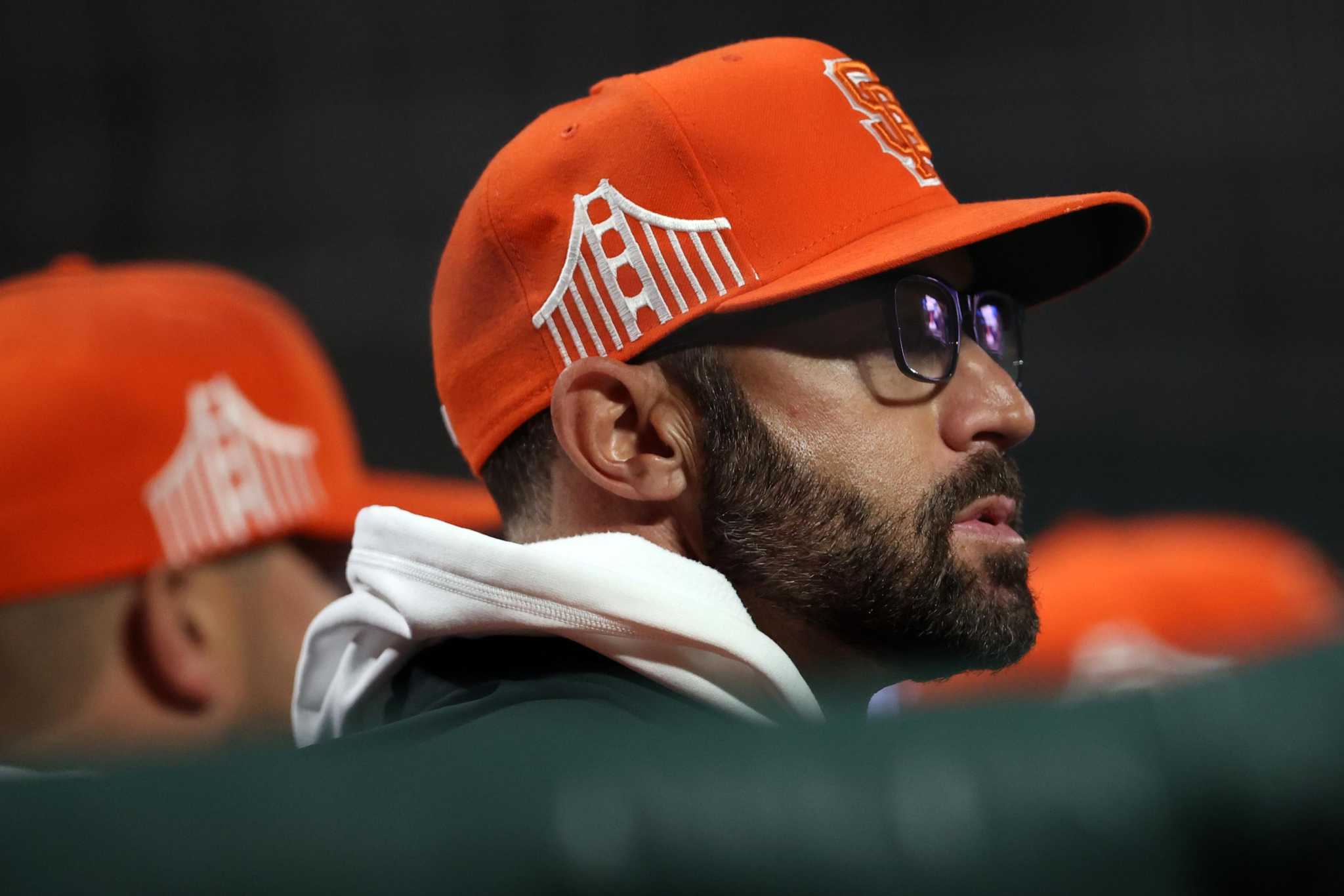 ST. LOUIS — Ahead of the San Francisco Giants’ final homestand final, manager Gabe Kapler started his pre-game session with reporters by saying he had an important topic to discuss.

“If you have a full beard, do you also have a mustache?” Kapler asked, to which an annoying reporter immediately replied, correctly, “No.”

Kapler argues that because a beard includes a mustache, it also counts as a mustache — relevant as this is about Mustache May, a tradition started by Mike Yastrzemski and other Giants outfielders at Triple-A Sacramento in 2019. This year the annual event added a charity element, with outfielder Austin Slater Sale of t-shirts to benefit mental health advocacy group Bring Change To Mind. It’s also Mental Health Awareness Month, and the Giants clubhouse is full of jerseys.

The consensus among the media during this week’s Kap Chat was that a mustache is a stand-alone item, which where part of a beard is… part of a beard. On Friday, however, Kapler doubled down with an Instagram post In to which he was joined by a local barber who agreed with him that a beard is, in fact, also a mustache.

If you have a full beard, do you also have a mustache? https://t.co/PYZPc7upm6

Kapler explained during Friday’s Gabe Gab at Busch Stadium, saying, “Anything we can do to bring awareness to and around mental health, given that we have players on our team, we have people on our organization, which deal with mental health issues – if we can have a good time around Mustache May and bring awareness to it, get a few more clicks, and maybe someone will feel less alone, it’s worth it sadness.

So would Kapler consider going only mustache for the cause?

“I’m still going to think about it though,” he said. “Even if we caught it on the last day of May, maybe that would be OK. And then I would go from a mustache…to a mustache.

This space continues to disagree with that statement, so we checked with reliever John Brebbia, who is a deep thinker. “Is a rectangle a square?” he has answered.

“I don’t think a beard is a type of mustache,” Brebbia continued. “But when you have a beard, you To do have a mustache.

Brebbia, showing her intelligence, concluded, as fellow reliever Zack Littell nodded vigorously beside him, “Whatever Gabe and Farhan Zaidi and Scott Harris and Andrew Bailey say, that’s what I say.”

A lot of help was the bullpen. So we turned to one of Mustache May’s originals and the man behind the charity event – ​​Austin Slater, a guy from Stanford.

“Gabe’s argument has some legs,” Slater said. “A beard has a mustache.”

Slater, however, redeemed himself by concluding with, “If you were to be a guy with a mustache, you don’t have a beard.”

That precise sum should earn Slater the coveted Best Mustache May Mustache award from The Chronicle. However, it takes third place in our (my) current ranking, with LaMonte Wade Jr.’s excellent 70s special at the top and Yastrzemski’s approximation of 50s French cinema in second place.

Build sure to vote in The Chronicle’s poll – and while you’re at it, support a good cause and buy a shirt or three.