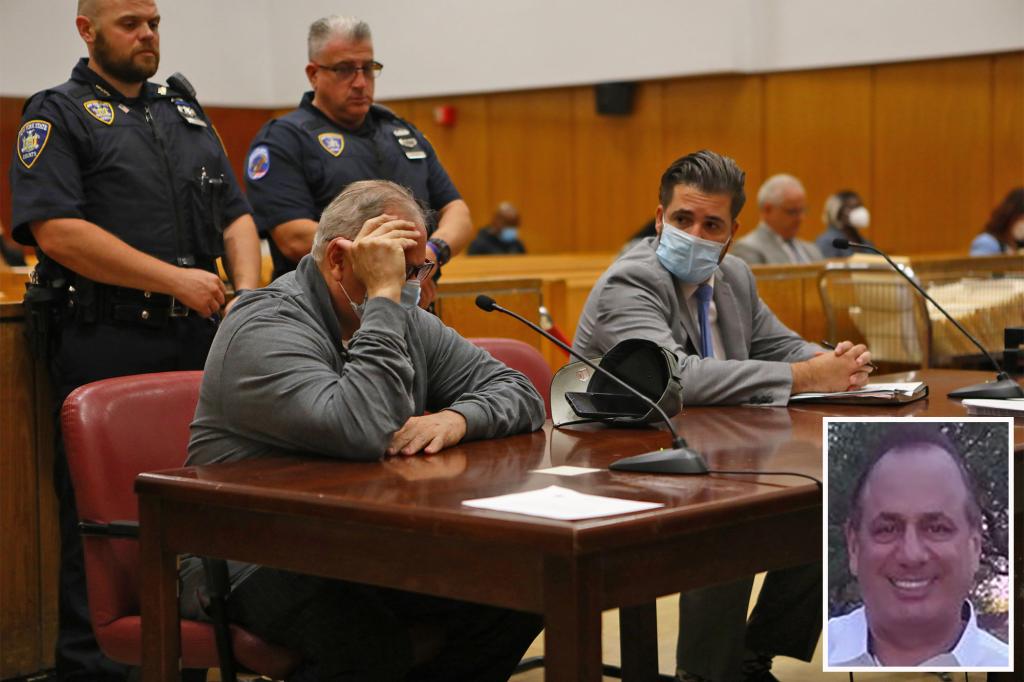 A crooked former MTA executive landed up to three years behind bars on Tuesday for securing $70,000 in bribes and a job for his daughter as payment from an agency contractor for information. insider on tenders.

Former Metro-North Railroad contract manager James Berlangero, 64, was sentenced to one to three years in state prison for ‘corrupting’ the MTA’s bidding process at the benefit of himself and WRS Environmental Services, Manhattan District Attorney Alvin Bragg said in a statement.

Berlangero “misused taxpayers’ money and set up a procurement process that should have been decided on the basis of free competition,” Bragg said.

WRS was able to win contracts worth more than $10 million on inside information from Berlangero, according to prosecutors, who were assisted in their investigation by the MTA’s office of inspector general.

The bribes to Berlangero included $59,000 in cash, a $10,000 sponsorship for his brother’s race car team, and the work of the MTA employee’s daughter.

Berlangero resigned from the MTA amid the investigation — then took a job with another state agency, New York State’s Division of Homes and Community Renewal. He was fired two months later for poor performance, according to state officials.

“There is zero tolerance at Metro-North for the misuse of public funds,” Metro-North Railroad President Catherine Rinaldi said in a statement provided by the DA’s office.

“This former employee’s actions to defraud Metro-North and abuse the contracting process for kickbacks and bribes were unlawful, and I am grateful for justice being served.”