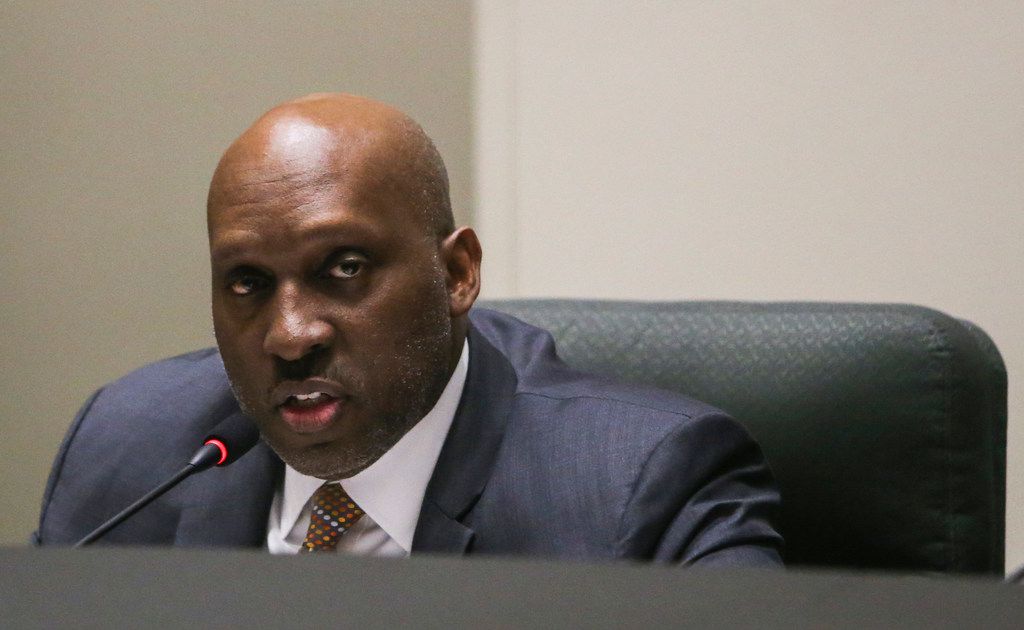 The city council met for about eight hours behind closed doors on Tuesday before Mayor Eric Johnson called the suspension, with plans to resume at noon or whenever the group breaks its weekly meeting.

In addition to Broadnax, the city council is also evaluating City Attorney Chris Caso, City Clerk Bilierae Johnson and City Auditor Mark Swann. After the job evaluations, the city council can vote publicly to fire or give raises to any of the officials.

The city manager, auditor and clerk were all approved for raises by city council after their appraisals last year.

Tuesday’s Broadnax jobs review comes nearly two months after the mayor and several council members tried to push back the Broadnax review until June, when it emerged there was majority support within of the 15-member city council to potentially fire the city manager.

Johnson and other city officials expressed frustration with Broadnax’s handling of months-long delays in granting building permits; pay issues and poor equipment for firefighters; poor oversight of data management; and other concerns.

Plans for the June review were put on hold after Johnson and Broadnax announced long-term plans to work more closely together to address the city’s issues. The announcement came after some council members withdrew their June valuation approval for Broadnax amid lobbying from several powerful politicians and organizations that want the Dallas city manager to keep his job.