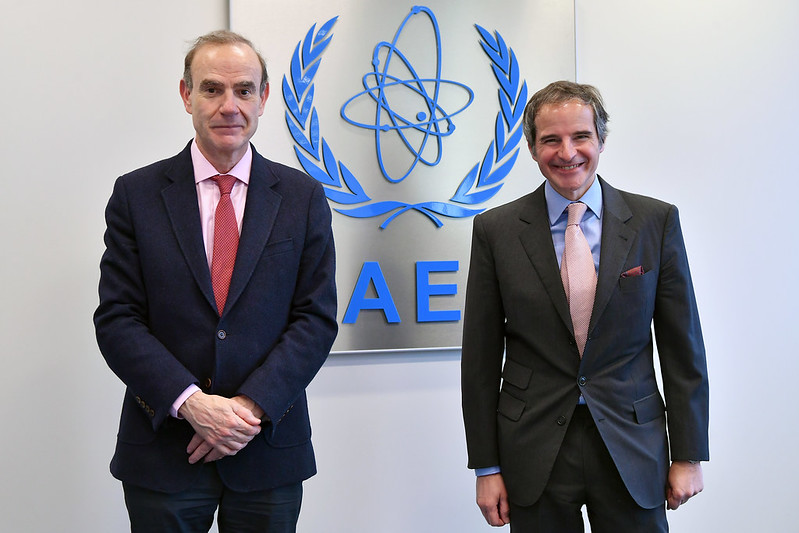 The EU coordinator for the Vienna talks, deputy foreign policy chief Enrique Mora, arrived in Tehran on Saturday evening to meet Iran’s chief negotiator Ali Baqeri, who has not returned to Vienna since leaving for consultations in Tehran on March 11. On Friday, Mora tweeted: “Travel to Tehran tomorrow to meet @Bagheri_Kani. Work to fill remaining gaps in the #ViennaTalks on the #JCPOA. We have to conclude this negotiation. The issue is important. »

Iran’s Press TV blamed the US for the standoff, accusing it of being ‘reluctant to take confidence-building measures due to its misguided bias, procrastination in decision-making and excessive demands’. .

Iranian Foreign Minister Hussein Amir Abdullahian on Saturday reiterated the demand for the US to lift all illegal sanctions against the Islamic Republic in a verifiable manner and offer guarantees that a new US administration will no longer violate the JCPOA. before you can join the deal.

These “unlawful sanctions” are the inclusion of the Islamic Revolutionary Guard Corps (IRGC) on the State Department’s list of terrorist organizations, the only state-run group on that list.

Secretary of State Antony Blinken, in Israel for talks Sunday with Prime Minister Bennett, FM Lapid and DM Gantz, and Monday with the foreign ministers of the United Arab Emirates, Bahrain, Egypt and Morocco, should hear about the danger by removing the Iranian regime’s main broadcaster of violence from the banned list, giving it access to the global banking system.

In a televised address on Saturday, Abdollahian said removing individuals and entities from “the US Red List and unilateral sanctions list, such as certain state holdings and entities, as well as the IRGC” is one of Iran’s main issues in the Vienna talks.

Last week, Prime Minister Naftali Bennett and Foreign Minister Yair Lapid expressed shock and dismay at reports that the Biden administration was making overtures to the IRGC and considering removing it from the blacklist.

In an unusual move criticizing the US administration, Bennett and Lapid issued a joint statement saying, “Iran’s Revolutionary Guards are Hezbollah in Lebanon, they are Islamic Jihad in Gaza, they are the Houthis in Yemen, they are militias in Iraq. The IRGC is responsible for attacks against American civilians and American forces throughout the Middle East, including over the past year. The IRGC was behind plans to assassinate senior US government officials. The IRGC has been involved in the killing of hundreds of thousands of Syrian civilians, they have destroyed Lebanon and they are brutally oppressing Iranian civilians. They kill Jews because they are Jews, Christians because they are Christians and Muslims because they refuse to surrender to them. They are an integral part of the brutal machine of oppression in Iran. Their hands bear the blood of thousands of Iranians and the crushed soul of Iranian society.

The two leaders concluded: “Attempting to de-list the IRGC as a terrorist organization is an insult to the victims and would ignore documented reality supported by unequivocal evidence. We find it hard to believe that the IRGC’s designation as a terrorist organization will be removed in exchange for a promise not to harm Americans. The fight against terrorism is a global fight, a mission shared by the whole world. We believe that the United States will not abandon its closest allies in exchange for empty promises from terrorists.