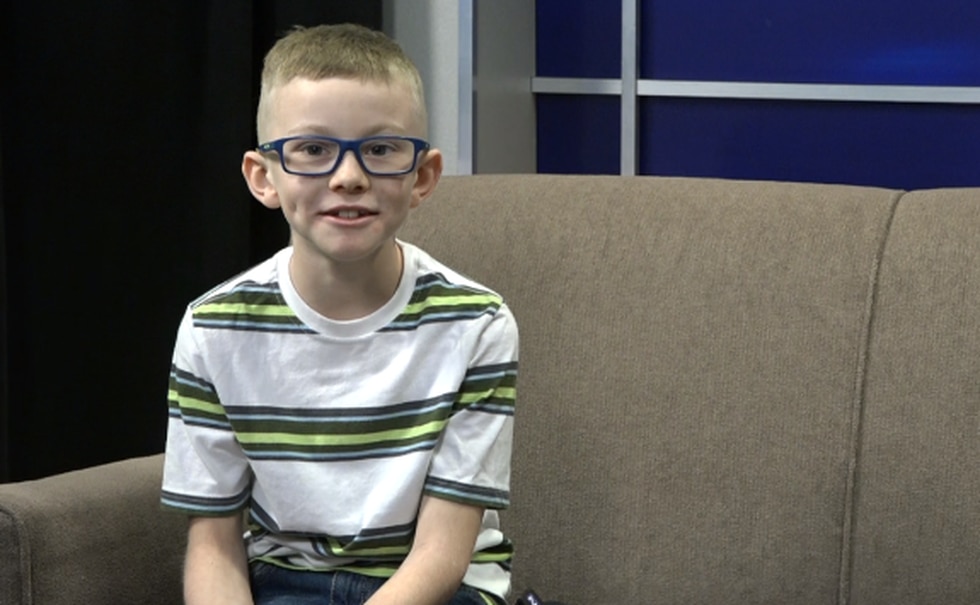 CHEYENNE, Wyoming (Wyoming News Now) – Kenny Watt is 9 years old and new to 4H. however, that didn’t stop him from making a big impact at the Laramie County Fair. Community members came together to raise $40,000 for Kenny’s auction pig, Pumba.

“When I first heard the amount of money I got, I couldn’t even pronounce it because of the amount. All the support everyone has given me has been really nice, so we’re going to start writing thank you cards to everyone who has helped give me money for my pig,” Kenny said.

The Watt family presented Kenny’s pig at the fair, hoping Kenny would enjoy the experience. Kenny has been struggling with medical issues for years and doctors have determined that his brain tumor is inoperable. The money raised through the community effort will be used to help the family create unforgettable memories together.

“We will probably save some of it for medical expenses, because we don’t know what will happen. He has a vision to-do list – doctors have given him a 50% chance of going blind by August. Here it is August, so we have no idea. We tried to check out the items on her to-do list; he has some pretty bold plans, so some of the money will go towards that as well,” said Joanne Watt, Kenny’s mother.

Kenny says he’s excited and wants to buy a horse for himself and his sister, because she’s always wanted one. The Watt family hoped to auction the pig for a goal of $1,500, but when Laramie County 4H members called on the community to help, the donations never stopped.

“I really loved how when I was getting ready to go out, how everyone started giving more and more money, and even when my pig was already bought, people kept adding money even when I was home and not at the fairgrounds anymore,” Kenny said.

Joanne Watt said she is beyond grateful for the generosity and kindness the Laramie County community has shown Kenny. She said generous donations allow Kenny to achieve his dreams.

“People at the fair, they had no idea what was going on. They had no idea he had this vision wish list or new medical expenses coming up. They had no idea that he was very mature for his 9 year old body, and that he had a lot of goals and there was not much a parent could do.They had no idea, they didn’t care – ​​they just wanted to get behind this kid who had been through what most people never want to go through. It was really cool, we live in a really, really cool town,” Joanne said.

Kenny has a Facebook page who updates members on how her journey is going. Kenny’s family said they always appreciate the support.