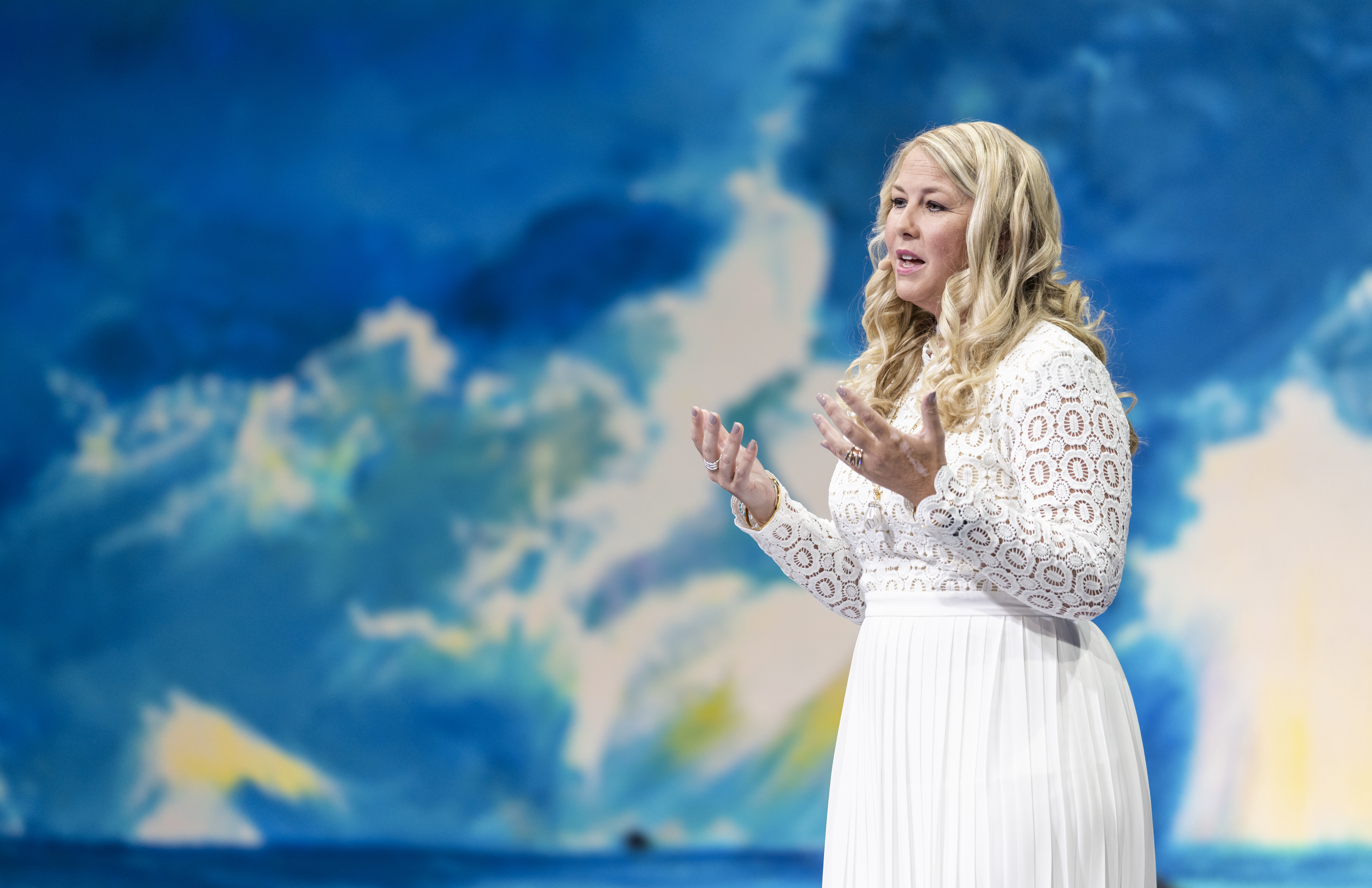 BYU Title IX Coordinator Tiffany Turley Bowcut taught students how to have faith in themselves and in the Lord and shared three ways she does this in her own life in her June 21 devotional.

Bowcut said that although her life did not go according to her own plans, she learned that having faith in the Lord and in herself was important, especially during difficult times in her life.

Despite what Bowcut said were desperate prayers and heroic efforts by first responders, their son Benny had died of complications from SIDS.

Bowcut said that two days after her son died, she and her husband went to buy funeral attire and noticed a return policy sign.

“Tears immediately started flowing when I realized the return policy didn’t apply to us,” Bowcut said. “That little white outfit would go in the ground to be buried with our son.”

Bowcut said not a moment later, the song “Be Still My Soul” started playing on the speakers, and the lyrics to the second verse touched her heart.

“I knew I could trust and believe that, as the song said, he would set out to guide my future as he had always guided my past,” Bowcut said.

Bowcut then gave the example of the apostle Peter walking on water when it started to sink and stretched out the hand of the Lord saying, “Lord, save me. She then emphasized the Lord’s response: “O man of little faith, why did you doubt?

“I don’t necessarily think the Lord chastises Peter for his lack of faith in him,” Bowcut said. “What Peter seemed to doubt was himself. I am grateful for what seems like a reminder here that the Lord has faith in us and that we must have faith in ourselves.

Bowcut then shared his three suggestions with the audience to increase faith in the Lord and in themselves: (1) prepare for miracles, (2) be around good people, (3) participate in the power of praise .

Bowcut said she loved the New Testament story about Christ raising Lazarus from the dead. She focused on the Savior’s decision to ask the people to roll the stone away from the tomb before He told Lazarus to come out. Bowcut said it was his way of teaching people to prepare for miracles.

“If we want to see miracles in our lives, what preparations are we making for this end?” said Bowcut. “Once we are willing to do something and prepare the way for the Lord, our faith in Him will increase.”

Bowcut then said she was blessed to have amazing people in her life, including good friends who can bring people closer to the Lord.

Sharing the story of the leper who was brought to the Lord by his friends to be healed, Bowcut pointed to the verse that says the Lord saw “their faith,” the faith of the friends of man.

“By surrounding himself with good people, this man was brought to the Lord and miraculously healed of his leprosy,” Bowcut said. “Surrounding ourselves with good people can help us draw closer to Christ in ways that will ultimately increase our faith in Him and in ourselves.”

Finally, Bowcut shared a personal experience of the power of praise. On the day of his son Benny’s funeral in November 2020, President Russell M. Nelson shared a message with the world about the healing power of praise and gratitude.

“As with any prescription, the power of praise can only be accessed if we are willing to actively participate in it,” Bowcut said. “If we are willing to show gratitude and be active in our efforts to praise the Lord, then power will manifest in our lives.”

Above all, Bowcut said she hoped the audience was able to feel the Lord’s love for them and His desire for them to have faith in themselves.

“My friends, each of you is here on this earth for a reason, a reason designed by loving Heavenly Parents. They have a great job for you,” Bowcut said. “To do this job, you must be prepared with a solid foundation of faith in the Lord and in yourself.”

2022-06-21
Previous Post: The FA give Gareth Southgate a major public vote of confidence citing the England manager’s ‘high IQ’
Next Post: Dr. David Edwards honored as he retires as City Manager of Lakesite