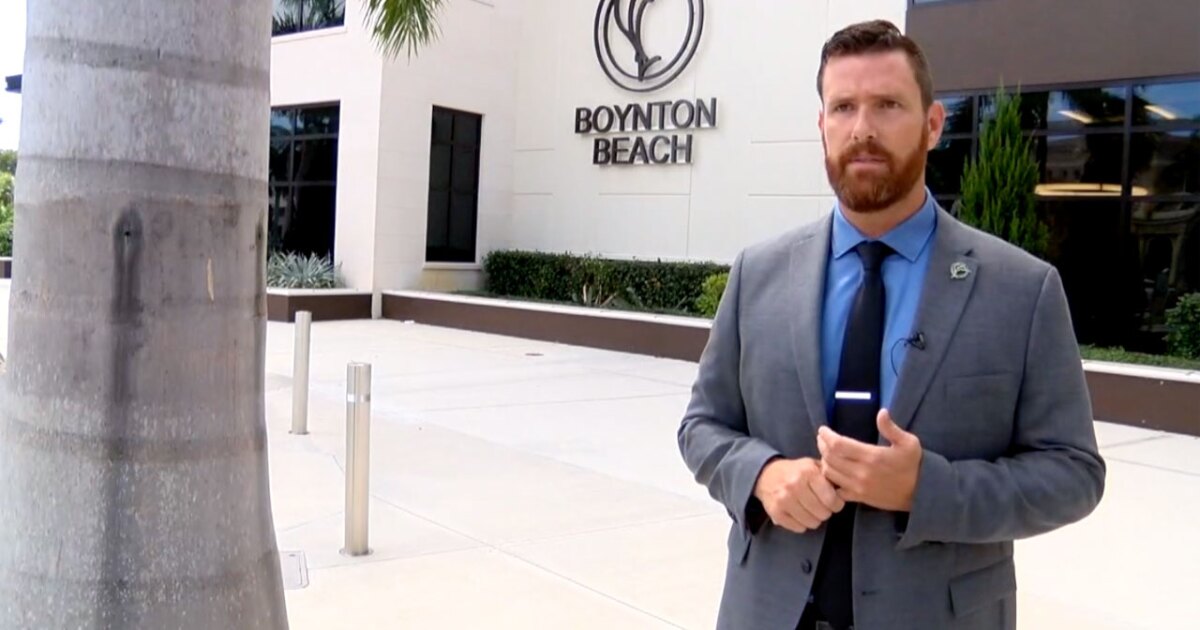 BOYNTON BEACH, Fla. – Over the past few months, the city of Boynton Beach has faced many changes.

Following the dismissal of the former City Manager and the resignation of the Chief of Police, the City Commissioners selected Police Captain Dan Dugger to serve as City Manager.

The city of Boynton Beach had been looking for months for someone to work as the city’s administrative manager.

“The city needed someone who had a vested interest from a local perspective who actually spent time in the community who could really help move the city further,” Dugger said.

In a vote of four to one, Dugger was chosen over Coral Springs City Assistant Manager Robert Curnow.

It came after acting city manager Jim Stables withdrew his candidacy, deciding to move to Tennessee to live with his family.

“It has been brought to my attention that it is time for me to choose the home team over the away team,” Stables said.

With 18 years with the Boynton Beach Police Department, Dugger will become city manager in a time of turmoil following the December crash involving a police chase that killed a teenager.

“We could have done a better job of communicating and being transparent with the public,” Dugger said.

With the plan to create groups involved in the community, Dugger said residents need a leader who knows and lives in the city.

“Bringing someone in with those traditional qualifications and education, I don’t think that’s going to benefit people,” Dugger said.

However, locals are divided on the choice.

“I like that he lives here so he knows Boynton Beach very well as I know him,” Orlando said.

She said his involvement in the city already made him a better candidate.

“I believe just having experience in paperwork and office work and things like that, that’s not what we need right now,” Orlando said.

While others, like Bryce Graham, think Dugger lacks the qualifications.

“There should have been a nationwide search launched by the city to bring someone in,” Graham said. “Not just because you know the city, not just because you worked in the police department, but you have the qualified experience to lead the city into the future.”

But with nearly two decades of service to the city, Dugger hopes his past will change the future.

“I’m excited for the next four to five years. I think Boynton is really going to be on the map in Palm Beach County,” Dugger said.