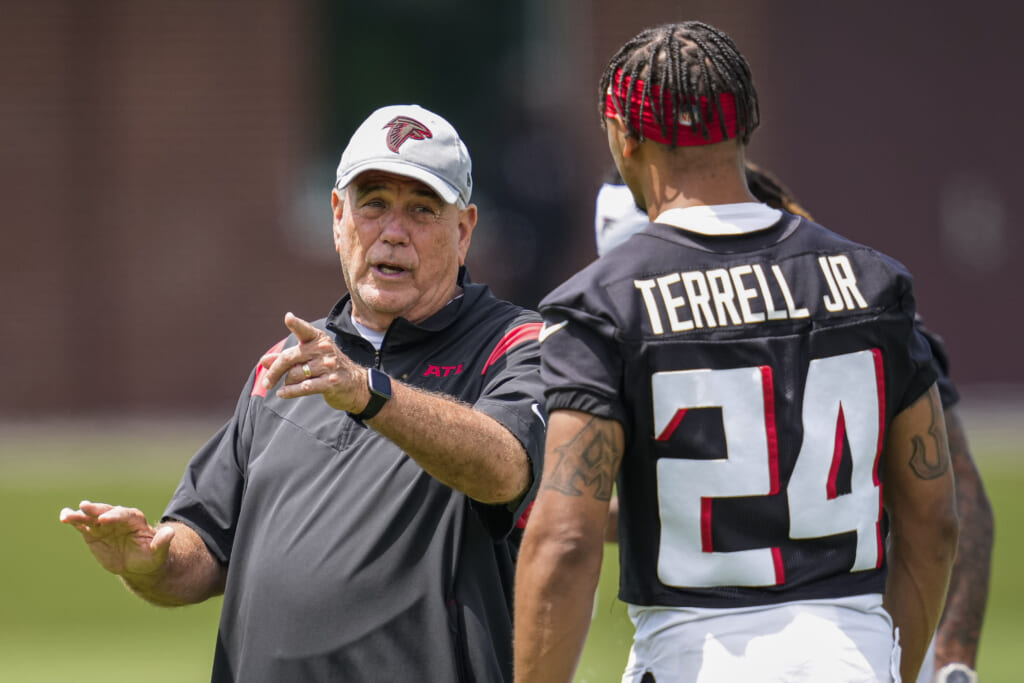 Atlanta Falcons defensive coordinator Dean Pees has been involved in the NFL for over 17 years. He has played a major role in helping several different teams succeed. As the 2022 season approaches, no one expects record-breaking performances from the Falcons, at least not in a good way.

But they’ve made a few offseason additions such as center linebacker Rashaan Evans and corner vet Casey Hayward, and expect continued growth from their young cornerstones such as AJ Terrell, Richie Grant and others.

Yet no one foresees the Falcons suddenly becoming one of the best defensive units in football, not this year. Don’t tell that to Dean Pees.

The Falcons have had a defense that ranks in the bottom half of points and yards allowed in each of the last four seasons. When was the last time they had a team that made the top ten in both categories? The Falcons made the playoffs in 2017, ranking eighth in points allowed and ninth in yards given up.

But Pees was not there for that effort. He’s only seen what the Falcons did last season, and so far in camp this year, in 2022.

He doesn’t want to hear about the Falcons’ past or expectations heading into the season. Coach Pees says we’ll see a defense that improves dramatically from the performances we’ve seen in Atlanta over the past decade.

Pees hasn’t said exactly when he expects to see these changes, but we’ll act like he’s anticipating big changes in 2022.

I’ll just say it. The Falcons won’t come close to emulating what the Baltimore Ravens or the New England Patriots have done in the past. We’re talking about some of the most revered units of the past few decades.

Of course, the only reason Pees mentions these two teams is that he contributed to their success.

In 2004, Pees joined the New England Patriots as linebackers coach, before being promoted to defensive coordinator in 2006.

He then accepted a position as inside linebackers coach for the Baltimore Ravens in 2010, before becoming their defensive coordinator the following year, a title he held until 2017.

But those weren’t exactly the best years for the Ravens and Patriots defense. It’s not like we’re talking about the Ray Lewis 2000 Super Bowl team.

Although Pees led strong units, his defenses ranked in the top 10 in points and yards allowed in five of his 13 seasons as coordinator. Still, that doesn’t automatically guarantee that his plan can’t be beaten. It always takes talented people to execute its plans. I’m just not sure the Falcons have enough assist on defense to make Pees’ vision come true.

As for what Pees thinks? It seems to be a recurring theme in Atlanta this season. It’s like they’re hoping they can blindly enter the season, ignoring all their flaws. Although it’s much more likely that Falcons coaches know what they’re getting into, and they just don’t want to hear it. They still have a job to do, and if they don’t do it well, they may not be in Atlanta in 2023.