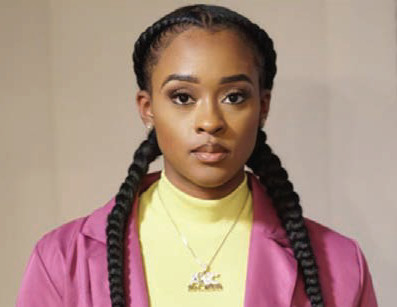 Anchored in the community: Tia Cannon is the new manager of Marketplace BID 32

We need more people like us in these spaces in order to really see the changes we want to see, ”says Tia Cannon. (Photo by Linelle Anderson, freelance photographer)

Growing up, Tia Cannon was immersed in the North Side of Milwaukee. She attended Francis Brock Starms and UW-Milwaukee, volunteered at Milwaukee College Prep, attended the YMCA on North Avenue, attended Camp Whitcomb / Mason, and patrolled the area as a police explorer with extension 883.

In her own words and as evidenced by her background, Cannon, 31, is deeply rooted in the community.

Last month, Cannon became the BID manager for the North Avenue Marketplace Business Improvement District 32. She replaced Robin Reese and is one of the youngest to hold the position.

“I’m really excited and really empowered to really do and see and be a part of the change that everyone wants to see in this field,” Cannon said in an interview with the Milwaukee Courier.

She hopes that her role in the managerial position will serve as an incentive and initiative for other young people interested in becoming entrepreneurs and will encourage them to be in spaces despite their age and because of their accolades.

“Ms. Cannon embodies the energy, passion and vision necessary to make Marketplace BID 32 a business investment destination in the city of Milwaukee,” said Steven DeVougas, Chairman of the Board of Directors of Marketplace BID 32, in the press release announcing Cannon’s position. “I look forward to working with her, as we build on the legacy of those who have come before us.”

“My vision with the BID is to truly create a sustainable trade corridor that enhances and pushes entrepreneurship as well as community engagement and stakeholder engagement to a different level than what has been done in the past,” said said Cannon.

Activating the community means starting with the foundation and building that trust, she said. For Cannon, that means hanging out with businesses, talking to business owners, meeting residents, and being fully present in space every day.

“Sometimes we only see the little things,” she said. “We only see the crime rate or just how it looks, but we don’t see what it can be. “

Once that trust is established, she hopes it will inspire the community to occupy, buy and renovate the vacant commercial spaces. She noted that getting a sustainable business is only part of it, Part 2 includes ongoing support to keep the business going, which in turn fosters further revitalization.

“These neighborhoods have a lot of history,” she said. “We need to educate them on the story, but also be relatable and connect on a different level than ‘here is this program’. If we make a connection and establish relativity, and if we really root in the community, I feel like we’re going to see these changes.

For Cannon, it’s more than a job, it’s his passion.

“This is my community; that’s where I grew up; that’s what I participated in, ”she said.

Although this is the first time she’s been a frontrunner, she’s been doing the work behind the scenes for years. In 2014, she started her own business, ANC Real Estate and before that she worked at Wells Fargo Home Mortgage as a Customer Service Consultant and later as a Loan Service Specialist.

Thanks to ANC Real Estate, she stopped on school trips to Johnson Park with Ald. Russell Stamper and made holiday gifts. Although the COVID-19 pandemic has disrupted these traditions, she hopes to bring them back and continue the Fondy Fridays tradition of her predecessor.

Currently, she is the Owner’s Representative for Scott Crawford, a real estate development company run by Que El-Amin. His tasks include ensuring that the company is on budget, meeting deadlines and supporting subcontractors.

Cannon explained that it was his work with Scott Crawford that encouraged him to accept the BID 32 manager position.

“We need more people like us in these spaces in order to really see the changes we want to see,” Cannon said. “From an economic standpoint, from a community revitalization standpoint, and encouraging and empowering the community to want to see this change as well. “

Cannon said her experience working with different companies and multiple moving parts helped prepare her and will guide her in this new role. The challenge, she said, will be getting everyone on the same page and slowing down to make sure everyone sees the vision.

“I like to go fast because the vision is already there, but I have to slow down and get other people to see the vision as well,” she said.

For her, the biggest concern is security. Businesses fail because of safety, she said, people move because they don’t feel safe. Addressing and containing the lack of security will lead to more businesses being supported by the community, not just those in transit, she said. This will allow more businesses to continue to thrive and encourage more to come.

“I look forward to all the new businesses that are going to be positioned in our space, that will create a legacy for themselves, their families and their neighborhoods and create black history in a positive light in our neighborhood of Lindsay Heights. in BID District 32, ”Cannon said.

2022-01-08
Previous Post: Why it’s not time for the big bets: investment manager
Next Post: Wild response from the restaurant manager to a “toxic” review on Tripadvisor